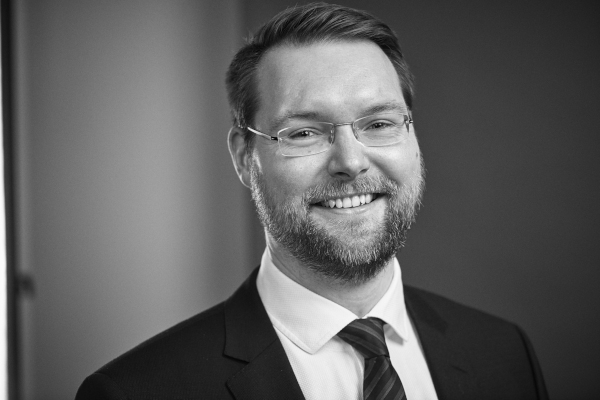 Multiskilled, experienced IT Consultant and Software Developer, specializing in the areas around Identity and Access Management (IAM).

Key qualification is the ability to dive to the root-cause of a problem and get it solved in a quick manner.

This is mixed with very good communication skills and the ability to coordinate people.

Testing, Test- and Defect-Management (since 2011)

IT Consulting, Business Analysis, Project- and Requirements-Management (since 2009)

Visual Basic for Applications (since 2008) (excellent)

IT for the business area Identity and Access Governance

Design and implementation of Oracle SQL Reports in regards to SoD

Business Analyst for software changes, reporting and interfaces in regards to SoD on the banks user recertification platform

Implementation, documentation and maintenance of IT Access and SoD rules for surveillance of critical access rights with a scope of over 4.000 applications worldwide

Tester as well as Test Manager for integration testing of RSA IGL major version upgrade from version 6 to 7 based on existing customization and the IGL release notes within the client's scope.

Coordination and planning of infrastructure activities executed by a team located in the United States.

Planning and supporting the setup of UAT and SIT like environments for later integration and business tests.

Consulting Test Manager on how to test all custom implemented, data driven workflows and other customizations within RSA IGL around the Aegon Joiner / Mover / Leaver process including automated provisioning.

Training of Aegon personal on how to perform meaningful functional tests.

Only available tool for test management, planning and tracking of test execution was Jira.

The Tester has to support the developers in defect analysis

This role has to provide Support for the software, user trainings as well as documentation and aid in data analysis as needed

Design and implementation of tracking and reporting tools

Enhancement of software for automated validation of SAP master data

This role is responsible for designing and developing a software to migrate master data from a legacy system into SAP SD in an automated manner.

The technical consultant has to advice on how invalid data in the legacy system can be identified automatically and assist the business in data cleansing.

One additional key responsibility is Requirement Management in close cooperation with the client as well as external consultants.

This role must test concepts and data models provided by the client against SAP master data model and report errors to the client explaining what needs to be implemented in a different way and why.

Furthermore, the developed software has to be handed over to the client by training a provided resource on how to customize the tool.

Working in the international SAP SD implementation to replace a legacy system with SAP SD.

This role is taking responsibility as a Test Manager for the rollout into DACH in the Test Management Team.

Key responsibility is creation of reports as well as tracking and assisting international teams reporting into this role in regards to planning and completing testing as well as defect tracking.

This role is responsible to ensure the test data is reflecting the current test progress as well as defect status.

Working in the Global Application Management Team this role is responsible for developing and enhancing the existing P&G Testing Solution based on HP ALM Quality Center.

Creation of User Documentation for configuration as well as usage

Key responsibility is the optimization of the material planning of spare parts in SAP.

Introduction of a software aided process for optimization of inventories and initial determination of SAP planning parameters like safety and reorder points.

This role has to train the scheduler on how to utilize newly introduced software and SAP in order to calculate and maintain optimal planning parameters on a daily basis.

Design and development of a software providing automated timeline analysis as well as selection of matching forecasting models based on mathematical algorithms for error evaluation in forecasts using the ex-post methodology.

The consultant has to work closely with the planner as well as the head of logistics responsible for DACH in order to optimise material planning and changing corresponding processes.

Leading classes as well as tutorials in informatics

In parallel creation of teaching materials for SAP and logistics

Tutor for Java SE, basics in informatics, IT systems, algorithms and data structures