In order to display a TreeView representing a file sytsem as shown below, I had to extend the TreeItem<T> class of JavaFX.

Just for fun I added an HTML Editor as well and separated both controls using a SplitPane. 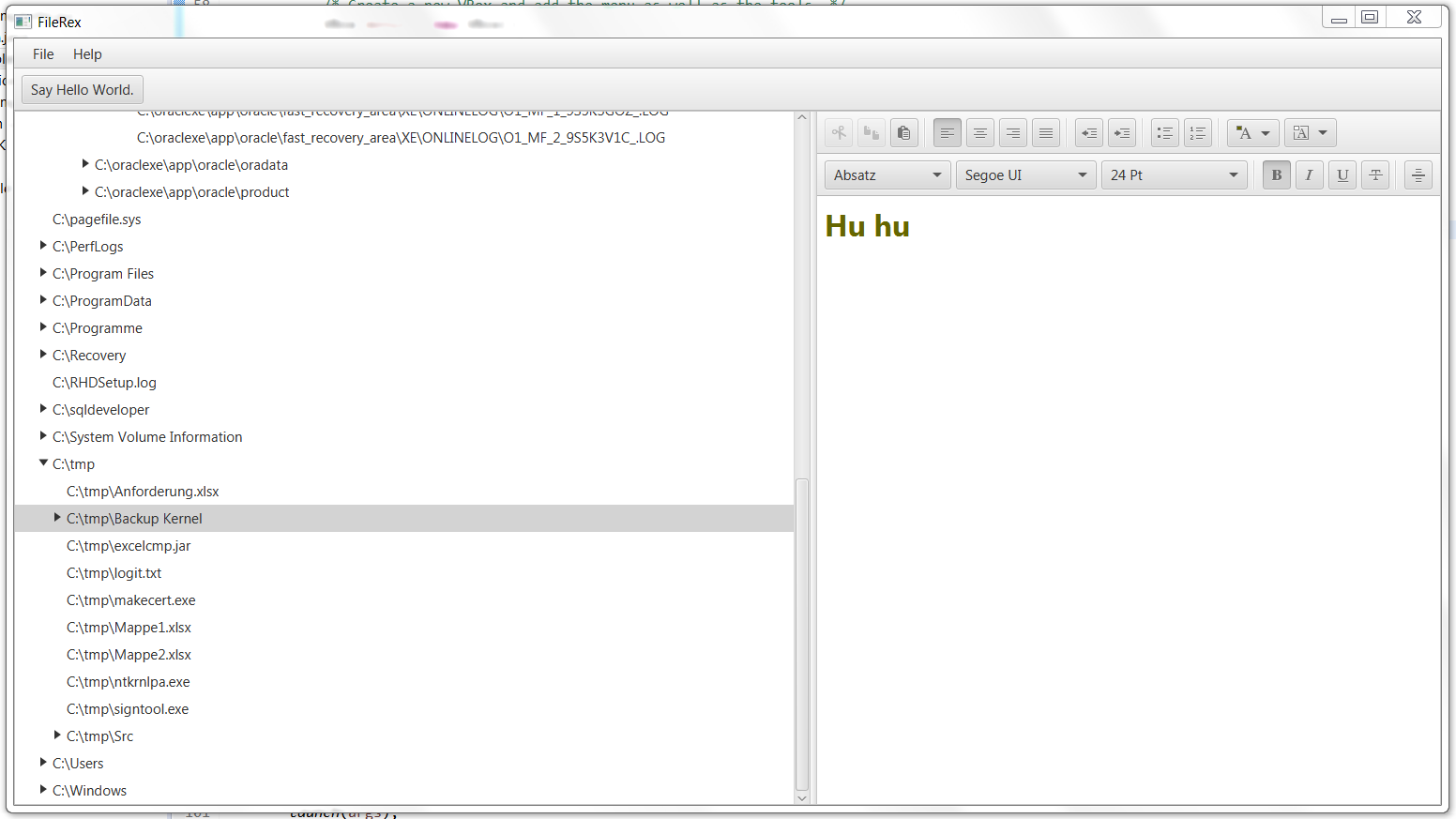 When coding a rich client application in Java SE sooner or later you will have to think about how to lay out your application.

In most cases you will come to the conclusion to lay it out as everyone else does.

In order to have something ready to start with when I want to lay out the controls of an application I suggest below approach.

In the Center area of a BorderPane you can place another layout like a GridPane for high flexibility or a SplitPane to have to separated areas in a BorderPanes Center area.

Enough talk, here is the source as well as an Oracle article that helped me.

MenuBar, ToolBar and Controls in GridPane

In order to add a grid layout to an JavaFX Application window, you have to instantiate the class GridPane.

An object of this class is tehn added to a Scene of an Applications Stage.

I have to admit that JavaFX looks much nicer than Swing even without applying any customizing using CSS.